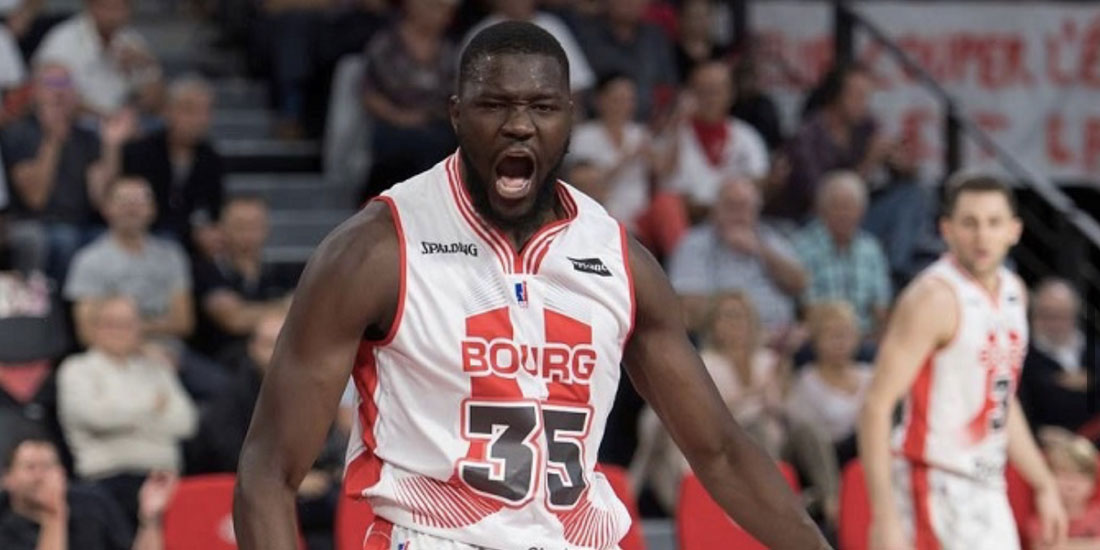 Career Highlights
Ndoye is a long and active center who makes his biggest impact on the defensive end of the floor where he blocks shots and alters others. He has good agility for a player his size with a sturdy frame and good body. He runs the floor very well, has good hands, and good touch from the outside. He has a good motor and does a good job establishing position before the ball arrives. Being athletic and a true center, Ndoye has an ideal NBA/Euroleague center frame with tremendous dimensions including a huge 7’4” wingspan. For a low post player he demonstrates good shooting mechanics and can easily knock down the 18-20 foot jumper. He is very aggressive in dunking everything on pick-and-rolls. Players his size don’t usually have his agility. He is solid in the open floor and has good leaping ability, showing nice touches for a big man.

After college Youssou was considered one of the top big men not drafted in the 2015 NBA Draft. In his first year out of college he signed with the San Antonio Spurs and spent his time both with the NBA team and their Gleague team (2015/16). Youssou has played in three NBA Summer Leagues with the Spurs (2) and the Dallas Mavericks. In 2015 he won the Las Vegas NBA Summer League Championship with the Spurs. After playing in the NBA and Gleague, Youssou spent three seasons playing with JL Bourg Basket in ProA France. While playing in France he was named to the French ProA All-Start Game (’19) and the All-French ProA Honorable Mention Team (’19). Youssou also plays for the Sengalese National Team. Ndoye has shown great promise so far in Europe, having successful seasons in Spain, France, and Eurocup.

In 2015 Youssou was named to the All-Atlantic 10 3rd Team and Atlantic 10 All-Defensive Team while playing for St. Bonaventure. As a senior he averaged 12ppg, 10rpg, 3bpg.

Testimonial
“Within a few days of signing with Scott and Rize Management they placed me in a great situation in Europe for very good money. Scott is the hardest worker I know in the business and He made sure I got the most money possible.”