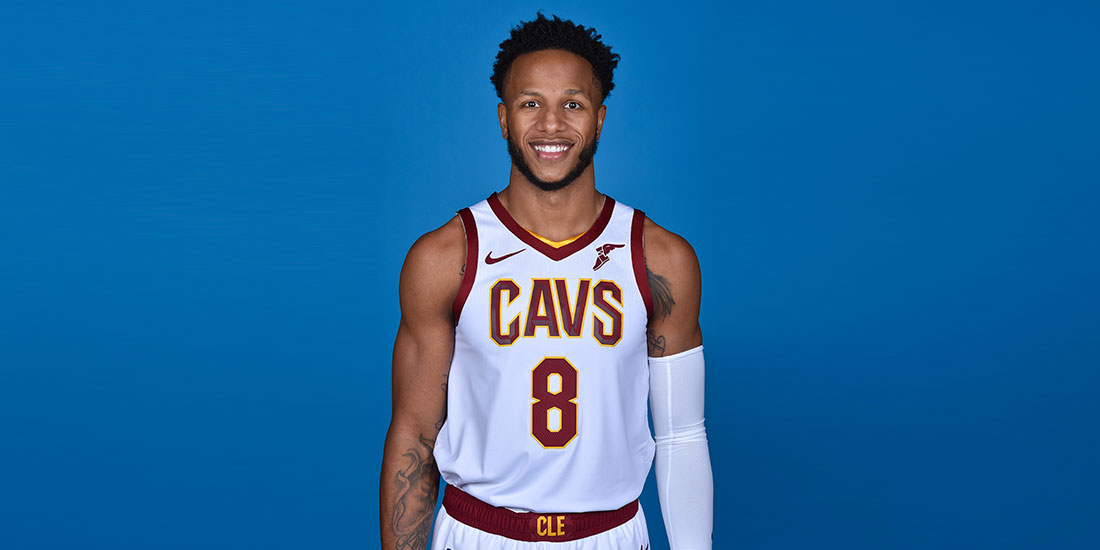 Lamar Stevens has the prototypical size and athleticism as an NBA combo forward.  The 6’8” chiseled forward has a knack to score in a variety of ways.  His bread and butter move is to attack at the elbow area and utilize a solid first step and excellent footwork to finish off moves in the paint area.  Due to Lamar’s great strength and over 41.5” vertical he is able score through and over contact.  While finishing in the paint area he does a nice job of getting his body into shot blockers to scorer at an efficient rate.  He has clever foot work, solid fundamentals, and a tremendous fee to score 18-feet and in.  Lamar can also stretch the floor and has solid NBA 3-point range.  On the offensive end he can play the SF, PF and even some small ball center.  Defensively is where Lamar can really be an asset as he has the size, strength, and athleticism to guard almost all positions on the floor.  He can guard bigger guys in the post and has the quickness to guard any perimeter player on a switch.  Lamar is not only a great rebounder but he has a knack for blocking shots.  Stevens is a “lock down” defender.  Lamar has the motor, strength, skill, athleticism, scoring mentality, and versatility to be a successful NBA player.

Lamar was in the 2020 NBA Draft and signed with the Cleveland Cavaliers.  He also participated in the 2020 NBA Draft Combine.  Prior to being drafted Lamar played his entire college career at Penn State.  Lamar finished his college career as Penn State’s second all-time leading scorer with more than 2,200 points and was only 7 points short of the all-time scoring record.  He also holds the record for the most field goals made (801) and starts (1345).  Steven finished his career as part of the winningest class in Penn State’s Big Ten era (76 victories).  In his senior season (2019-20) Lamar was fourth in the Big Ten and led Penn State in scoring (17.6ppg), ranked second on the team in rebounding (6.9rpg)/blocks (1.19bpg), and 3rd in assists (2.2apg).  He helped Penn State (21-10) to 11 Big Ten wins and an expected NCAA Tournament berth before the season was cut short.  He was named to the All-Big Ten First Team in back-to- back years (2019 and 2020).  He also was the NIT MVP and won the NIT Championship in 2018.

“The moment I signed with Rize they made sure all my needs were met for my pre-draft process.  I had access to the best trainers, gym, meal prep, and physical therapy in Los Angeles.  This made me more than prepared for the 2020 NBA draft.  Scott has always kept it 100% with me.  He walked me thru every scenario going into the draft and put me in the best situation going into my rookie season.  Rize is more than just an agency they are family!”