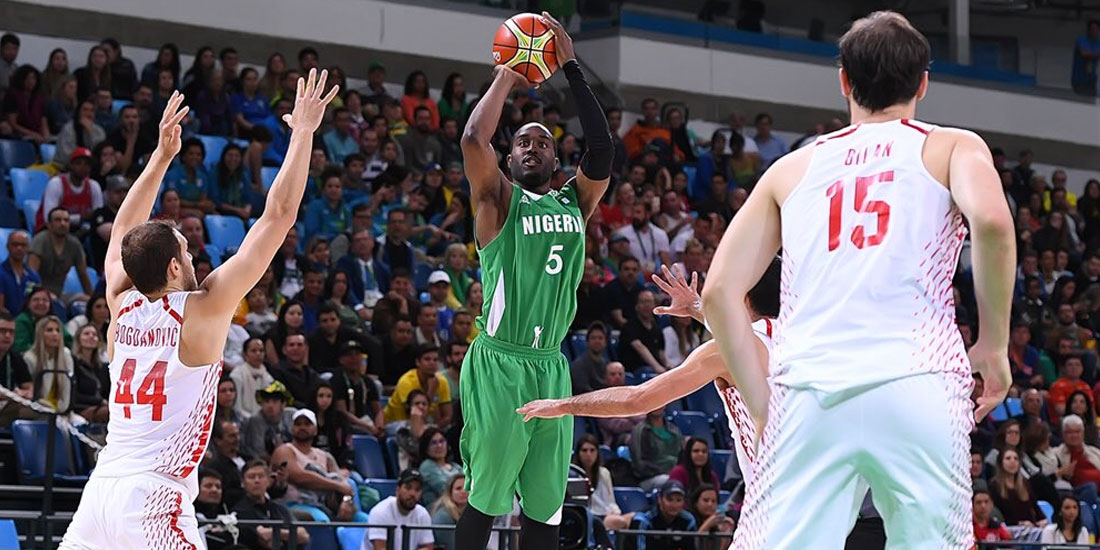 Career Highlights
Michael Umeh is a versatile guard who can play either the SG or PG and is one of the best shooters in the country. He is a savvy veteran with a very high basketball IQ. Umeh does not shy away from big moments; he is the player you want taking the game winning shot. Michael is a natural scorer, but he can play the lead guard as well. He has good court vision and able to spot his open teammates. On the defensive end Umeh has the size and strength to guard both the SG and PG. He gets his hands in the passing lane and uses his body well to stay in front of his opponent.

Michael has both USA and Nigerian passports. He has played for the Nigerian National Team and in the 2016 Olympic Games, where he averaged 11ppg, 3rpg, 3apg, and 50% 3FG. Umeh has played in many different competitions overseas which include Germany, Spain, Italy, Israel, Poland, France and VTB. In 2017 Umeh was named the All-Italian Serie A2 Finals MVP.

Umeh played all four seasons in college for UNLV. In his senior season in 2006-07, he averaged 8ppg, 3rpg, 2apg, and 37% 3FG. Michael was a 2003 graduate of Hightower High School in Missouri City, Texas. He averaged 15ppg, 4.5apg, and 4 spg as a senior. He also earned first-team all-region honors.