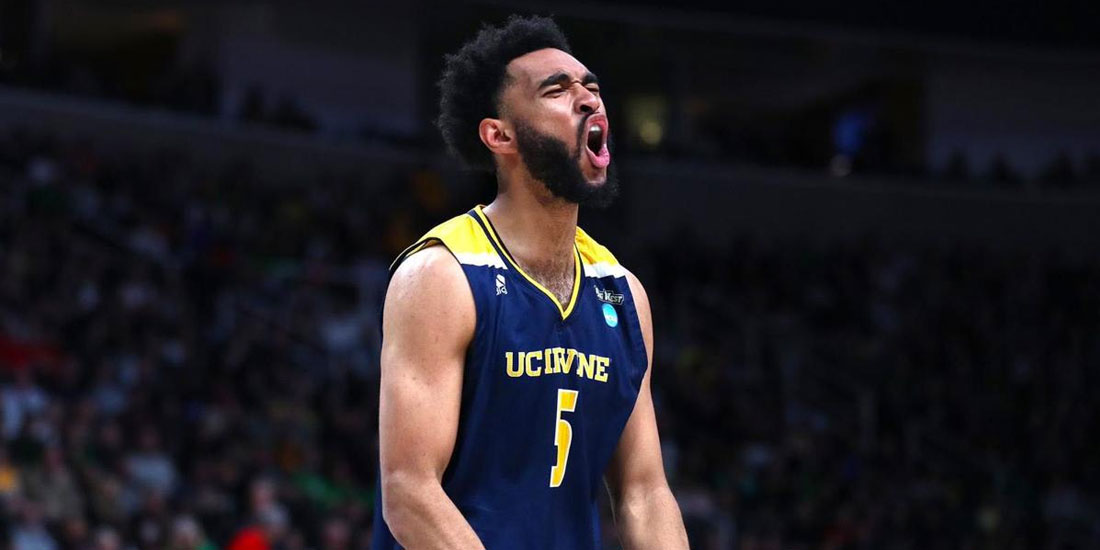 Jonathan is a long, big body, athletic center. Jonathan has the prototypical body and size of an NBA big man. He operates well from the high post. He is an astute passer and knows where to dump it off to his teammates. He has good hands, keeps the ball high while rebounding, and he plays with purpose in mind. On the defensive side is where Galloway really excels. He is a good rebounder and a great shot blocker. He is unique because he possesses good size and great speed for a big man. He can switch defensively on multiple positions. He is also very good in the pick and roll. He is also very quick and possesses solid handles and a soft touch to score on any Center. Jonathan also has a great knack for knowing where the ball is at all times. Because of his high motor and great rebounding Jonathan was ranked as the top big in the Big West and one of the best in the NCAA. Due to his size, soft touch, and motor, Jonathan has a huge upside.  Galloway has played in several leagues overseas which include Champions League, FIBA Europe Cup, Adriatic League, Denmark, Croatia, and Switzerland.

In his senior season (2018-19) at UC Irvine, Jonathan averaged 7ppg, 8rpg, 1.1apg, and 1bpg. He led his team in rebounds and was second in blocks per game. For the third straight year Jonathan was named All-Big West Defensive POY (2017-19). As a senior Galloway was also named to the All-Big West 1st Team (2019) and led his team to the second round of the NCAA Tournament.