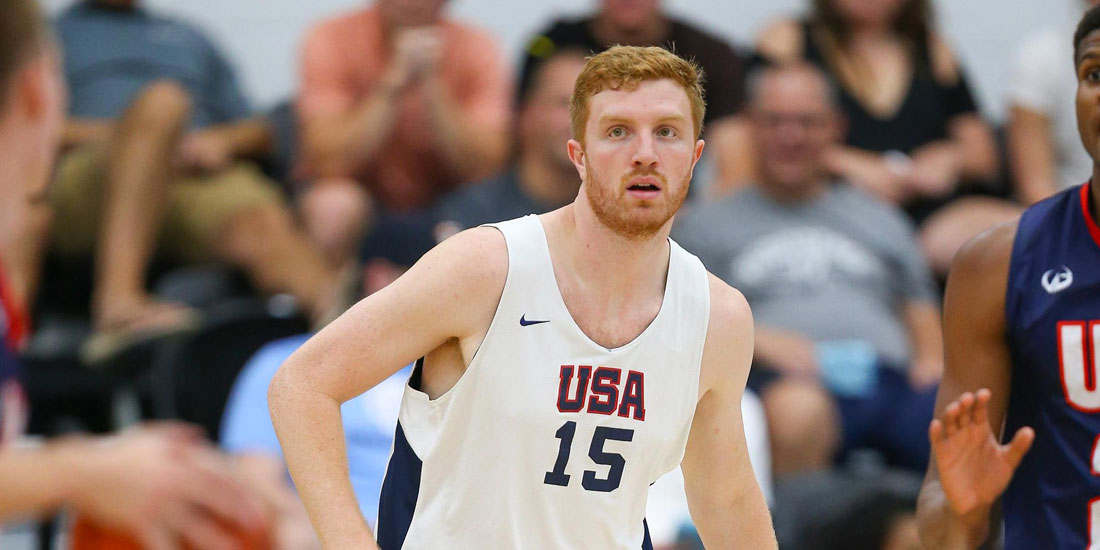 Geoffrey is long, agile, and athletic center. He is a true center who has a good basketball IQ and skill level. Geoffrey is a lefty who can score with his back to the basket on a regular basis and has comfortable shooting range to about 15-18 feet. He has good hands and footwork with matching touch. Groselle is simply very fundamentally sound. Geoffrey is not only a beast in the post on the offensive end, but he is a hard nose defender. He uses his size and body to box out, explaining his solid rebounding numbers. Groselle is also very athletic for his size and therefore is a good shot blocker.

Geoffrey has had a very successful career overseas.  He has been a top center in almost every league he has played in from Poland, VTB, Germany, and France.  In 2020/21 Geoffrey won the Polish Supercup and dominated both the Polish and VTB leagues.  He was also named to the All-German BBL Honorable Mention Team in 2017 and 2018.  Groselle also played from the USA National Team in the 2019 Panamerican Games. Geoffrey played all four years of college basketball at Creighton. As a senior in 2015-16 he averaged 11.2ppg, 6.1rpg, 1.3bpg, and 70%FG. Geoffrey also made the NIT Elite Eight in 2016.

“The moment I signed with Scott and Rize they got to work immediately. I was stuck in a situation that wasn’t the best for me and Scott immediately helped me. Rize has a great infrastructure and an array of contacts overseas and in the NBA. They are always there when needed.”