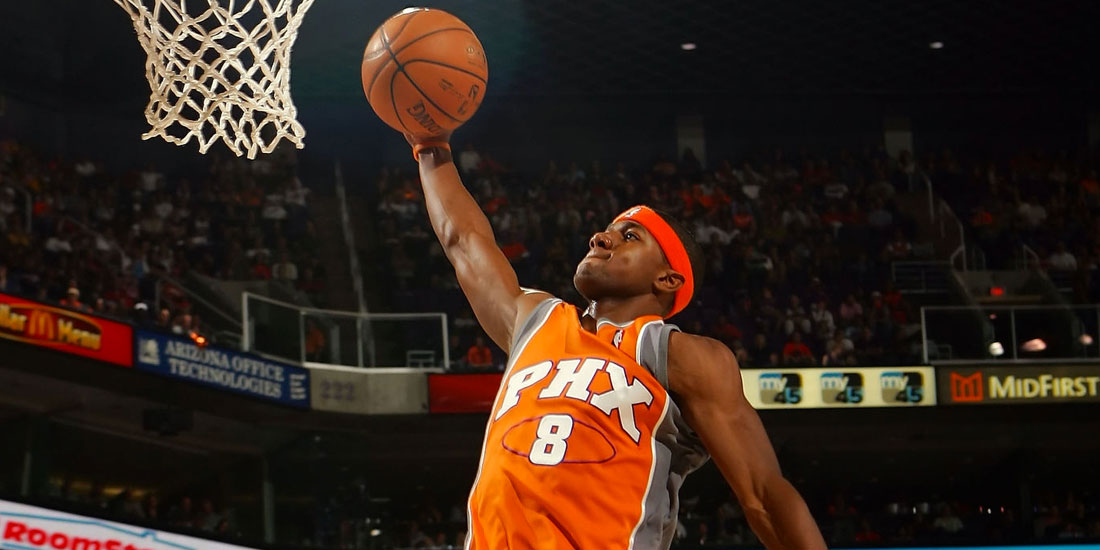 D.J. is a strong, athletic, and versatile guard who prides himself on being a lock down defender. D.J. can play both guard positions and presents a mismatch for the opposition since he is a big PG at 6’5. D.J. is comfortable running the team and getting his teammates involved or playing the SG and looking for his own shot. D.J. does not shy away from guarding the best player on the opposing team, and because of his size and strength he can guard the PG, SG, or SF positions.

In 2007 the Phoenix Suns made him the 59th pick of the NBA Draft. He played the entire 2007-2008 with the Suns and then was traded in 2008 to the Houston Rockets.  He also played for the New Orleans Hornets in 2010/2011.  After playing in the NBA, Strawberry has had a very illustrious career in Europe.  He has proven he is a winner.  D.J won a title in Greece (Olympiacos), Turkey (Karsiyaka), and Croatia (Cibona).  Strawberry has played in every top league in the world- Euroleague, Eurocup, VTB,  Champions League, Adriatic League, ACB, Israel, Turkey, France, Italy, Lithuania, and Puerto Rico.

Strawberry attended the University of Maryland where he was a swingman for the Terrapins, playing both point guard and shooting guard. Strawberry received Honorable Mention All-ACC Freshman honors, and during his junior year he received Honorable Mention All-ACC Defensive Team honors. During the 2005-2006 season Strawberry was the only player to start all 32 games and averaged 10.3 points and 3.4 rebounds per game. He led the team in steals and assists and ranked sixth in the ACC with 1.6 steals per game.

“Whether it’s the NBA draft, summer league, playing basketball overseas, or just day to day needs Scott and his staff at Rize Management have always been there for me. Unlike bigger agencies where one gets lost in the shuffle, Scott and his staff have always given me plenty of attention. Because Scott pays close attention to the needs of each client he has always put me in a great situation. While many agencies recruited me, I feel my needs are best served by an agency that can stay in constant contact with me. With Rize Management I am an individual client and just not another number on a list!”